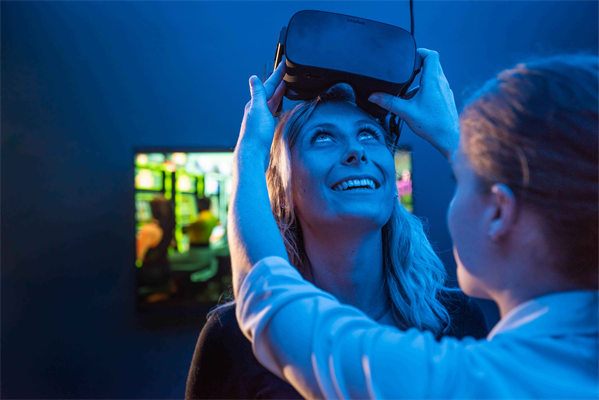 Mental illness has become front and centre of the health conversation in Australia with one in five adults experiencing depression, anxiety and/or substance abuse disorders in any given year. Nearly 45% of Australians will experience a mental illness at least once in their lifetime.

Thanks to the generosity of the late David Winston Turner, Monash University is the recipient of Australia’s largest single gift to mental health, and is one step closer to providing ground-breaking research, training and treatment solutions for mental health conditions through a dedicated institute on the Clayton Campus.

The Turner Institute for Brain and Mental Health, announced on Wednesday 3 October, is the first ever research body at the University to take its name and inspiration from a Monash graduate and benefactor.

In what will become one of Australia’s largest institutes for mental health, the initiative will bring together a wealth of clinicians, researchers and community groups to develop solutions for and give hope to families whose loved ones are suffering.

As an economics graduate of Monash University, Mr Turner left a gift in his will in the form of the David Winston Turner Endowment Fund to support mental health research.

Over the next five years the David Winston Turner Endowment Fund will invest tens of millions of dollars into the Turner Institute, advancing research into obsessive compulsive disorder (OCD), substance addiction, dementia, depression, ADHD, schizophrenia, and many other conditions.

Formerly known as the Monash Institute of Cognitive and Clinical Neurosciences (MICCN), The Turner Institute will be extended to include laboratory-based research in partnership with some of Australia’s top health experts and bodies, through to clinical treatment of patients alongside the State’s leading hospitals.

An inaugural Turner Research Chair in Mental Health will also be appointed to oversee a number of breakthrough research projects and global partnerships, following an international search.

Professor Kim Cornish, who will lead the new Institute, said Monash will continue to lay the foundations for a pipeline of discovery in areas of critical importance to human wellbeing, including OCD, alcoholism and other addictive behaviours.

“We will ensure our findings are disseminated throughout the neuroscience community and beyond to inform public debate, enrich our culture, and actively involve the public in the discovery process,” Professor Cornish said.

“David made an extraordinary commitment to mental health, especially developing breakthrough research to help improve the lives of people suffering from conditions such as OCD and other compulsive disorders. It’s through David’s vision that Monash can help transform communities across Victoria and Australia.

“We’re grateful for the support of the David Winston Turner Endowment Fund in helping us grow this significant research into mental health so that we can help change lives for the better.”

This announcement coincides with the launch of the University’s largest ever philanthropic campaign in its 60-year history, ‘Change It. For Good’. Monash has a goal of raising $500 million from 50,000 donors.

This is the third gift that the David Winston Turner Endowment Fund has made to Monash. A $5.25m commitment in 2015 accelerated the University’s research into OCD and addiction, creating a world-leading program pioneering non-invasive treatments for compulsive disorders.

In 2018, the University opened BrainPark – The David W. Turner Research Clinic thanks to a further gift of $2.2m. The unique clinic applies exercise physiology, virtual reality and mindfulness to the treatment of addiction and other compulsions.

For more information about the work being undertaken in neuroscience at Monash University, please visit https://www.monash.edu/neuro-institute.

‘Change it. For good’. launches on 3 October 2018. For more information about the impact of philanthropy at Monash University, please visit https://www.monash.edu/giving