Important notice to all members of Parliament 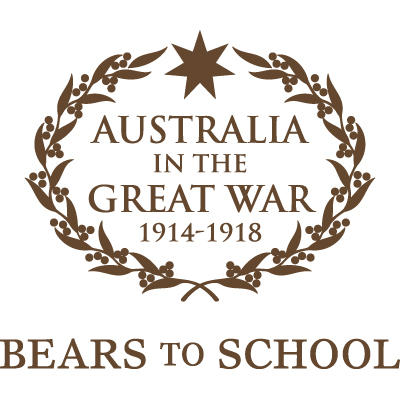 VC CALLS ON PARLIAMENTARIANS TO GET BEARS INTO LOCAL PRIMARY SCHOOLS
Bipartisan Support for sharing history
Australia’s oldest living Victoria Cross recipient, Keith Payne VC AM, is asking all parliamentarians to get involved in promoting Bears to School to give primary school children a new and age-appropriate way to connect to lessons, events and commemorations in the final year of the 2014-2018 Centenary of Anzac. Bears to School is a high-profile national campaign to support young people’s commemoration of Australia’s role in the Great War. It has the support of Prime Minister Malcolm Turnbull, and the Leader of the Opposition, Bill Shorten, as well as most state and territory governments, and other prominent Australians. Please join us and help promote this wonderful initiative in your community. Bears to School is a rare opportunity to engage with your constituency and communities as we prepare to remember the final commemoration of the Centenary – the anniversary of Armistice on 11 November 2018.

Meet Bears to School Ambassadors and Supporters
Bears to School is a not-for-profit initiative supported by the Returned and Services League of Australia (RSL); the National Servicemen’s Association (NASHOs), and Australia in the Great War (AGW). Through Bears to School people, businesses and organisations in every community can gift an authentic Great War uniformed Anzac Bear to a local primary school.  The bear is sent directly to the nominated school. Each of the 12 detailed bear characters represents a different element of service or campaign during the Great War and can provide an engaging and novel way to help young people connect to stories and lessons about service.  Proceeds from bears gifted to schools support Australian veterans’ charities.
How you can become involved:
The accompanying information sheet contains speaking points on the Bears to School initiative. More information can be found on the Bears to School website AnzacBears.com.au. A press release will be distributed to all national media outlets later this week, publicising the bipartisan political support the Bears to School initiative has received at federal level.
For help and support, please email: media@AnzacBears.com.au or telephone Wynand Greffrath on (02) 6123 2990.