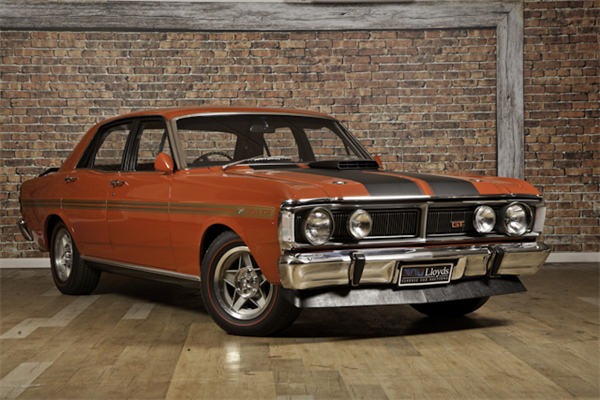 AUSTRALIA’S RAREST HOLDEN FOUND AFTER MISSING FOR 30 YEARS
A rare 14km Torana unearthed in bricked up garage.
An extremely rare Holden Torana A9X so rare that it has been kept inside a bricked up garage with no doors for over 30 years goes up for auction tomorrow.
After winning the car in a competition 30 years ago, one of the rarest cars on the Australian muscle car market with significant history, a Torana SS A9X GMP&A (General Motor Parts & Accessories) has been found by Lloyds Classic Car Auctions. It could fetch more than $1 million.
Since Holden shut up shop in Australia ending the local production for our Aussie legends Holden and Ford, many muscle car enthusiasts are mourning the loss of ‘our’ performance cars. Fortunately, there has been a resurgence in classic cars with people looking back at the older models of Holdens and Fords.
“It was very exciting uncovering this car from where it had been kept for just over 30 years and further realising just how important the history of this car is to Australian motorsport.” said Head Auctioneer of Lloyds Classic Car Auctions, Bill Freeman.
The heritage of this car and what it means for the history of Holden and the history of Australian racing can’t be underestimated, only travelling 14.4km since 1977 in near basically brand new condition.
Being 1 of only 33 in existence and only 1 of 2 hatchbacks ever known to be road registered it is the actual car that was in the ‘Win this Brand New Classic’ competition in Street Machine magazine.
This is the holy grail of collector Holden motor collector cars in Australia. A9X Toranas have been a sleeping giant over the last 30 years but people are now becoming aware that the sedan and more especially the hatchback are becoming more sought after. With this Torana being a GMP&A Hatch makes it rarer than a VL Walkinshaw or Phase III which are also up for auction this weekend.
The extremely rare GTHO Phase III once owned by Australian cricketer Jeff Thomson who holds the record of the World’s fastest bowler believes his old ‘Big Red’ - the World’s fastest production car of its time – could fetch over $1 Million when it goes under the hammer. Back in 1971 this car could be bought brand new for just over $5K. This GTHO Phase III, a very original car right down to the seat belts, spare tyre and carpets was bought by Jeff for $23K just over 30 years ago and is now expected to fetch over $1 Million at auction.
“This car broke a record for being the fastest 4 door car in the World. Since Australian car manufacturing has ceased, it seems to me that prices have kicked on and Lloyds Auctions are set to break another record” said Jeff Thomson.
Auction day is set to be a massive event for the town of Bathurst, with Sydneysiders gearing up for the road trip. There will be a lineup of collector cars on display alongside Lloyds Classic Car Auction with local radio stations bringing live entertainment to the event. Free sausage sizzle, coffees and drinks will also be available as the motoring community meet the mountain for a historic event.
Lloyds invite you to join in this incredible trip down memory lane and witness history right in the heart of motor sport racing, Bathurst. With one of their greatest historic car line ups yet, you’re sure to enjoy a great show tomorrow, June 16.
Bids can be made in person on the day, or view and bid online at: www.lloydsauctions.com.au/classiccars
1977 Holden Torana SS A9X GMP&A Video Footage:
https://www.youtube.com/watch?v=61yMt3Noak8
<ENDS>
Media Enquiries to:
Kirstie Minifie - Public Relations
0458 240 469
pr@lloydsauctions.com.au