Aussies pay too much beer tax... and it goes up again tomorrow 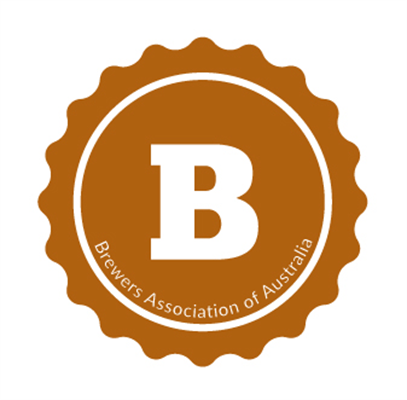 Aussies pay too much beer tax... and it goes up again tomorrow

THE latest data on beer tax reveals Aussies are paying the fourth highest rate in the world. That’s startling enough, but the research also shows that, compared to countries with similar economies, Aussies pay by far the highest proportion of their incomes in beer tax to fill government coffers.

As of Monday it goes up again courtesy of an automatic CPI increase that slugs beer drinkers every August and February, Brewers Association of Australia CEO Brett Heffernan explained.

“It’s already a hefty tax at $2.19 per litre for packaged beer,” he said. “Tomorrow’s tax hike on beer will make a night with family or friends just a bit more of a stretch for many Australians.

“The CPI increases may not sound like much, but these six-month Government increases in beer tax are really adding up. Tax is already the biggest cost in the price of an Australian-made beer, accounting for almost half (42%) of the price of a typical carton of full-strength beer. Of the $51.00 retail price, $21.35 is tax.

“Obviously, from Monday, the tax on beer drinkers cuts that little bit deeper. Along with Norway, Japan and Finland, Australians pay the highest beer tax in the world. We then pay another 10% in GST, including GST on the beer tax itself, at the retail end.

“Calls for a mere freeze in the six-monthly CPI hikes to beer tax just won’t cut it. All that does is lock-in the unreasonably high taxes Aussies are already paying. It gives punters no price relief.

“Only by addressing the rate of beer tax, which is way out-of-whack with the rest of the world, can Australians get the relief they deserve.”

“In Australian dollar terms, at $2.19 per litre in tax for packaged beer, Aussies pay more than three times the weighted OECD and EU member average of $0.70,” Prof Anderson said.

“It will come as no surprise to Australians who have travelled and noticed the price on a beer overseas compared to what they pay at home. The key reason for the difference is the greater rate of beer tax in Australia.”

Looking at countries we typically compare ourselves with, Aussies pay many times more in beer tax:

“Australians are drinking less beer, and less alcohol in general, than at any point in the last half century. Moderation is now the norm for the great majority of Australians, who have a far more mature attitude to alcohol than decades ago,” he said.

“Prof Anderson’s report shows that compared with countries of similar per capita income (US$54,180 in 2016, according to the World Bank’s Atlas Method) Australian beer drinkers are paying a greater amount of tax on the beer they enjoy.

“Beer tax (excise) in Australia represented 0.59% of federal tax revenue in 2017-18. In the EU, the average for beer excise as a proportion of tax revenue in countries at the same income level was just 0.37%.

“Last year Aussie’s coughed up over $3.6 billion in beer taxes – excise and GST. That headline figure is huge, and the day-to-day tax burden worn by Australians enjoying a drink is over-the-top.

“Too often it is forgotten that 84% of the beer sold in Australia is made right here by Australians. Local beer production supports the full-time jobs of 103,000 Aussies and it generates over $16.5 billion a year in economic activity.

“While we lament the decline, and in some cases death, of domestic manufacturing, it should be recognised that beer production has bucked that trend to see Australians making Australian beers for the Australian market."

Media Note: Prof Kym Anderson AC is Emeritus Professor in the School of Economics at the University of Adelaide. His paper, Excise Duties on Beer: Australia in International Perspective, is available online at: www.brewers.org.au.