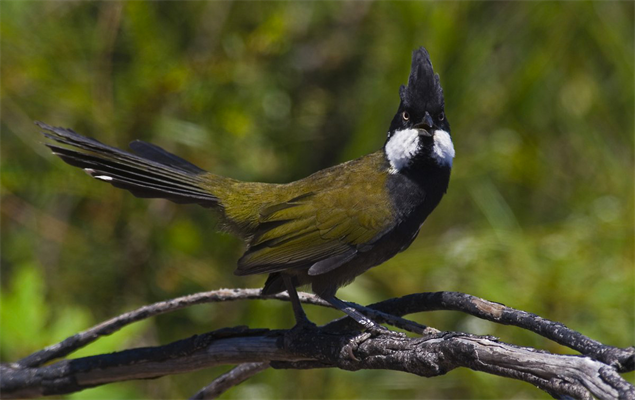 An international study led by a Monash University ornithologist has found variation in rainfall and temperature can affect the colours of birds. The study provides a new framework that can be used to understand how future changes in climate will affect animals.

The research published today in the journal Ecology Letters examines colour variation across nearly 6000 species of passerines birds, the largest group of birds.

“His observations, and that of others, were synthesised into’ Gloger’s rule’, which predicts that animals should be darker in warmer and wetter regions, possibly because darker animals are better camouflaged in shady habitats, such as in tropical rainforests.”

The global scale of the recent study allowed the researchers not only to comprehensively test both rules, but also to determine why some groups of birds sometimes don’t seem to follow them.

“We found quite a bit of variation across different regions of the world in how closely birds followed the rules” said Dr Delhey.

“For example in South America there seems to be little correlation between coloration and temperature and we wondered why that was so.

“It turns out that both rules can interfere with each other. In particular, precipitation–which has a very strong effect– can overwhelm the weaker temperature effect.”

This happens when climate ranges from cold-and-dry to hot-and-humid. In such places the lightening effect of temperature is swamped by the darkening effect of rainfall.

On the other hand, when climate varies from hot-and-dry to cold-and-wet, the rules reinforce each other and their effects become stronger. Thus, the type of climatic gradient determines whether both rules work together or against each other and this can explain why certain groups of animals seemingly fail to follow the rules.

“Understanding how animal form and function is shaped by climate is particularly relevant today, given the ongoing threat of climate change, which predicts future increases in temperature and changes in precipitation patterns,” said Dr Delhey.

“Geographic variation in coloration, such as described by Gloger’s and Bogert’s rules, can therefore provide hints on how animals have adapted to past variation in climate and how they will fare in the future. “

For further information or to arrange an interview with Dr Kaspar Delhey, contact: