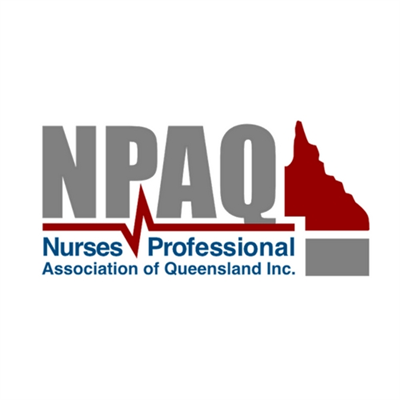 The Nurses Professional Association of Qld (NPAQ) has called the new Code of Conduct for nurses an affront to all nurses irrespective of the nurse's race or culture.

It is equally insulting to aboriginal nurses as it is to White, Asian, Indian and Islander nurses. They’ve called it "racist to its core" because it presumes any privilege that a nurse may have in relation to the care they are delivering to their patients is a function of their skin colour or culture. Not only is this offensive to all nurses and their patients, more importantly, it is patently untrue. The NPAQ believes that the wording in the Code and its Glossary can be clearly understood by any nurse and the words used have their normal meaning. Any suggestion by the Nursing and Midwifery Board of Australia (NMBA) that the words have a different meaning is just rubbish.

Failure to Consult with Nurses

NPAQ has also pointed out that the NMBA has violated its legislative requirement to consult widely before introducing any changes to clinical or operational standards. The NMBA claimed to have had 2937 responses to its survey and all the Code changes were supported by the Australian Nurses and Midwives Federation (ANMF, QNMU in Qld) and Turnbull Government. That claim is incorrect. We now know that only 305 actual nurses agreed with what they were told was to be the new Code.

NPAQ has called for the resignation of Professor Cusack, who as the Chair of the Nursing and Midwifery Board of Australia, has put her name to this new Code. No Australian nurse could ever have confidence in her ever again.

NPAQ has called for the removal of section 3.2 (b) to (f) because this is a replication of existing State discrimination and workplace health and safety laws and will have the effect of diluting their efficacy in the jurisdictions where they can be used to protect nurses both quickly and effectively. AHPRA has proved to be very slow (18 month average time for investigation) and ineffective in dealing with all issues. They cannot be trusted with more responsibility.

The Code is Racist

NPAQ has called for the excision of the entire section in the "glossary" of the Code which deals with "Cultural Safety". Their explanation in the glossary is insulting to nurses and fundamentally racist. Nurses are required to acknowledge their "white privilege". All the words used in the glossary are perfectly clear and unambiguous. They are also words that were not in the draft document which 305 nurses out of 350,000 nurses Australia wide were somewhat in agreement with. However, the draft of the Code that the 305 nurses agreed with was different to the code that was finally published.

1. The consultation process was misleading and the facts and circumstances of it were misrepresented by Professor Cusack

2. The fact that the final and released Code was strikingly different from the draft Code is simply fraudulent.

3. The claimed support for the code from the Turnbull government is simply untrue. (see Credlin article)

The Minister has advised he has not even seen the final draft.

The NMBA claims that the plain meaning of the words in the explanatory section of the new Code somehow do not apply to nurses but they will not remove those words or reword the section to make their position clear. The NPAQ believes that the words "acknowledgment of white privilege" with respect to the dealings of a nurse with the patient is clear and unambiguous. We further believe that this is exactly what the NMBA expects nurses to do.

Qld nurses, those at the coalface of caring for their patients, are horrified at the implications of racism and lack of professionalism that this new layer of regulation implies. Plus the potentially catastrophic impost they may have on their career paths and their ability to deliver professional care to those patients who may come from troubled communities.

The joint statement of NMBA and the unions

Code of Conduct in a Nutshell