NSW leads the country in unlocking employment potential for refugees 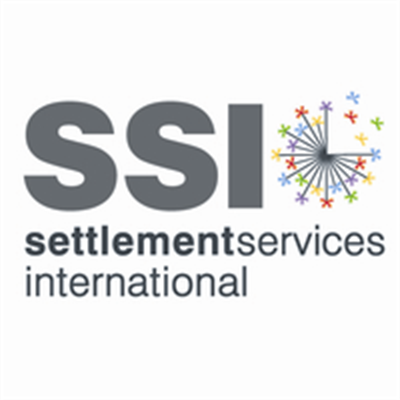 NSW leads the country in unlocking employment potential for refugees

When Rania Shahoud, her husband and their two sons arrived in Australia in 2017 from Aleppo, Syria, she didn’t know whether she’d ever find a job.

Despite family members being highly educated and professionally equipped with civil engineering degrees, each individual had to start their lives from scratch and embark on entirely new employment pathways.

Ms Shahoud arrived in Australia with zero English language proficiency and sought a role that enables her to develop her language skills without a multiple-year, qualification recognition process.

“In the first one-and-half years of living in Australia, I was just learning English,” Ms Shahoud said.

The Minister for Skills and Tertiary Education Geoff Lee said that when the NSW Government took an additional intake of refugees during the Syrian crisis, there was an acknowledgement that this undertaking required more supports in increasing capacity to create employment and economic independence pathways for new arrivals.

“Today, NSW is leading the country in responding specifically to the needs of refugees for tailored employment programs.”

Delivered by community organisation Settlement Services International (SSI) and partners, RESP is a four-year program that supports refugees and asylum seekers into sustainable employment and addresses employment as an integrated part of the whole refugee settlement journey.

NSW Coordinator General for Refugee Resettlement Professor Peter Shergold said that RESP had been designed to enable the public, private and not-for-profit sectors to work together while focusing on its area of expertise.

“Expertise ranges from tailored case management support, education and training, or job creation – and brings each of these elements together to deliver better employment outcomes for refugees.”

Ms Shahoud’s job success has had a trickle-down effect on the rest of the family. Like his mother, Fawzi Shahoud also engaged with the program for tailored employment support and as a direct result now works with Transport NSW.

“My son Fawzi is also civil engineer and, with the help of RESP, he has a good job,” Ms Shahoud said.

“The RESP has helped my family find jobs and be part of the community, and we are very happy.”

Since its inauguration two years ago, RESP has helped to secure employment for almost 25% of people that engage with the program, a figure that exceeds other mainstream employment programs that generally report refugee employment rates below 20%.

According to Building a New Life in Australia (BNLA): The Longitudinal Study of Humanitarian Migrants, an ongoing study conducted by the Department of Social Services (DSS) from 2013, after 18 months in Australia, only 17 per cent of refugees are in paid employment.

With RESP, however, from the moment that a refugee participant makes contact with the program, it takes a refugee job seeker who has found employment on average 6.5 months to secure a job.

The program is designed to counteract “occupational skidding” — a phenomenon whereby refugees are unable to find work that matches their skills and qualifications — by avoiding a “one-size-fits-all” approach and developing custom-built employment pathways, designed for the long-term.

As a wrap-around refugee employment program, RESP participants have wider access to a range of activities than those supported by mainstream employment providers. Those activities aim at securing longer-term employment in a variety of industries, including transport and education.

Andrew McRae, General Manager of Eastern Region Construction at Fulton Hogan, an employer partner of the project, said bringing refugees into work has been a positive process.

“As an industry, we’re facing a shortage of people available for careers in construction, so Fulton Hogan is keen to support pathways that bring more people into skilled roles.

“Partnering with SSI on RESP not only provides jobs for refugees, but it also helps create pathways for a whole new generation of people to build rewarding careers in construction.”

SSI CEO Violet Roumeliotis said that RESP recognised that humanitarian migrants were not a homogenous group and that they had varying levels of education and skills.

She said the “secret sauce” to the success of RESP was a potent partnership between government, a highly regarded community sector, existing migrant communities and socially-minded businesses.

“At SSI, partnerships are in our DNA and, ultimately, it is the power of partnerships across industries that underpin RESP’s success,” she said.

Ms Roumeliotis said that although Australia had a successful settlement record built on the cross-collaboration between industries, she warned that it was important not to get stuck on past achievements and to look to the future.

“The time is now ripe for harvesting better long-term outcomes for refugees, businesses, and the Australian economy through continued cross-sector collaboration,” she said.

Settlement Services International is a community organisation and social business that supports newcomers and other Australians to achieve their full potential. We work with all people who have experienced vulnerability, including refugees, people seeking asylum and culturally and linguistically diverse (CALD) communities, to build capacity and enable them to overcome inequality.