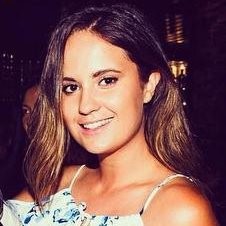 While the rest of the world appears to be moving away from print publications, Georgie Pengelly bucked the trend to launch a new hyperlocal magazine in September last year, and it’s paying off.

The premise is based on magazines targeting a specific group of residents living in a single postcode. The first magazine, 2075, was launched in the Sydney suburb of St Ives where Georgie grew up. Less than a year after it’s formation, the outlet, Neighbourhood Media, has already expanded to include 16 different publications, all for their own specific postcode in Sydney.

Having worked across various areas of media publishing, including sales, consulting and marketing, Georgie says she had begun to notice a disconnect between the content publishers were creating and their audiences, before inspiration struck during the uncertainty of 2020.

“When COVID-19 hit, I wanted to to flip the model and create something for a specific audience, opposed to a specific advertiser group. We put the readers of each title first. Our audience is not 200,000 people right across Sydney, but a close-knit community of people living together within a specific suburb. Having these unique audiences let’s us create highly engaging and relevant content. I’ve been in print media, the ‘dying’ industry, for eight years now, and it’s so refreshing to see people engaging with the product as much as they are’” she says.

“I started off investing in a one page PDF which I took to market, and within three weeks I had surpassed the sales target three times over for the first issue. I obviously couldn’t show any previous issues, so it really only had a little intro about Neighbourhood Media, our branding, and an outline of the advertising options.

“After creating some awareness of the magazine among the local community, myself and our Editor went to distribute to the local community ourselves and we had people stopping us in the street asking for copies, as well as various cafes and retailers asking for multiple copies or boxes to meet demand they had already seen. Just that morning we had residents going in and asking various locations for copies!”

Each of the 16 publications (soon to be more) are to be produced quarterly from now on by a team comprising Georgie, an Editor, Graphic Designer, Head of Editorial, and four or five other contributors.

The magazines are all titled after their specific postcode in a simple, numerical format, a decision Georgie credits with providing people with a “subliminal recognition” that the content will be suited to their interests.

She says the success of Neighborhood Media proves that people want to feel connected to where they are living.

“The nicest stories I hear are from those people that have been profiled in a magazine, with a photo, and get stopped by readers when they’re out in the local community,” Georgie says.

“Obviously the reader has been touched or impacted by the story and it’s so amazing to see connection and conversations happening in real time because of our content. It really drives home what we’re all about, we want to be the platform that encourages and builds these kinds of relationships within communities.”

“In a digital world these kind of authentic connections aren’t really fostered or encouraged”.

The magazines are provided free to local residents, with revenue generated solely from advertising by local businesses.

Unlike many large publications, Georgie says these businesses are quoted for advertising based on the value of the magazines’ circulation of individual copies, not estimates of readership figures — an industry standard measurement which equates one magazine to multiple readers to inflate the perceived reach of a publication.

“We want to be accessible and valued by all levels of business — we target bigger-business with sponsorship opportunities which ends up creating much cheaper advertising opportunities for the little guys. The little guys are the ones that come back to us ecstatic that they’ve gained two or three new customers within that quarter and can’t wait for the next issue. This is why we are doing what we do,” she says.

“The digital advertising space is very saturated so to have a cost-effective opportunity to directly target their suburb through 5000 physical copies of these vibrant beautiful mags — it makes sense. Obviously the pandemic has had an impact on the way people are operating, and supporting local economies right now is at the forefront of everything we do”.

“All in all, we have the engagement, we have the readers, and we have the relevant advertisers. Advertisers are getting the results, they’re rebooking. Our audience engagement is steadily growing and we’re seeing new people engaging with us, especially our digital platforms, after each release. From story suggestions, to ad enquiries, to being stuck on one of our crossword questions — we’re developing really nice communication channels with our readers.”

Neighbourhood Media has a mixed distribution strategy of both delivering individual copies directly to residents’ letterboxes and dropping large stacks at local retailers, vendors and cafes for them to distribute.

Initially, Neighbourhood Media prioritised delivering directly to residents, which is traditionally the favoured mode of distribution by advertisers. But Georgie says they have once again broken the mould by reducing residential distribution down from 80 per cent to less than 40 per cent in some postcodes due to the increased engagement and visibility the magazine the magazine receives when delivered to publicly accessible locations.

“There are these preconceived ideas about print advertising that we’re proving wrong, regarding circulation, quality of quantity, and the way that people want to be reached,” she says.

“Historically advertisers like the idea that magazines are going directly to households. But we have found through our research, flipping that model and distributing over 60 per cent of copies into businesses is driving engagement. By putting so much effort into the aesthetic of each mag, people are jumping to pick them up. Businesses that distribute magazines provide us with stats from each release to help us understand where demand is. The postcode design has definitely helped us, we are seeing people who will engage with the content picking the physical copies up.”

As far as gathering stories for the steadily growing conglomerate of magazines, Georgie says it all comes from speaking and engaging with the local community members and stakeholders.

“People love the idea of it and feel like it’s a magazine for ‘them’  and everyone wants to see their stories in print! We did a feature on a man who lives in St Ives, Roy, who was just turned 100 years old, he’s been in WW2, an amazing life! After we published, he called in to thank us which was the sweetest phone call I’ve ever had. He was so grateful for the coverage and all his family have a copy of the mag,” Georgie says.

“It’s really a platform for the little guys.”

“We are so open and flexible. We are such a new business, we want to hear about everything. Each magazine is based on the same kind of format, which is our feature section, and then we do a home section, health, pet, food and drink, and we have a business directory. “

“There is also an opportunity if it’s a really great story but it’s not connected specifically to a certain suburb to promote it across multiple issues. We can allocate content by our reader profiles as well as their geographical location.”

“People come to us with the craziest ideas, it’s awesome.”