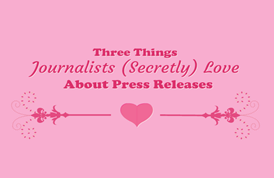 Without betraying any confidences, I have a small secret to share: Not all journalists hate press releases.  Indeed, on a good day there are many reasons for a journalist to love a good press release.

Here are the three love-inducing things.

A press release that has its timing spot on, and that lands with a journalist at just the right time has a great chance of receiving attention. It might be that it arrives within a heart-beat of an important breaking news story and is full of information that is so current that it hits the right spot. From a journalist’s point of view there is nothing quite like getting a release from an organisation that you fully expect should be speaking out about an issue, at the height of that issue being in the news.

For busy journalists a well-prepared, well thought out and well-written release will especially hit a sweet spot if it saves them time and points them to what they need to know. That means a release that answers the obvious questions that a journalist could be anticipated to ask – that has all the wheels of solid information on it, and isn’t just an exercise in spinning wheels!  Small touches matter. If it’s a release where some data (numbers) would make a logical headline you wouldn’t bury those numbers and waste a journalist’s time. If it’s a release that is unavoidably complex and academic, look to put the simple and direct information first. Just as you would in a conversation where you don’t want to lose someone’s attention.

Be loved. Save a journalist time.

Line up your values

The values that will line up with what a journalist loves aren’t hard to guess. Is what you’re putting out as relevant to a wider public, or target audience, and as worthy of a news story as it needs to be? Is it too self-referential and not focused enough on what really matters – the number one thing being accurate and reliable information. If you’re going to be a credible source, or even a go-to source for a journalist the next time round, the best place to start is to respect their sense of what makes for a newsworthy story or news angle.

No respect, no love.

A press release isn’t a love letter. Some journalists just want the facts. In a relentless world of producing news and information 24 hours a day and seven days a week, those occasions when a journalist receives a release that is current, time-saving and shares their sense of news value you can be hopeful that you will (eventually) win them over.

Are you ready to spread the love and distribute your own press release? Check out our Press Release Distribution and sign up for free! 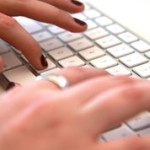 Press releases are a great source of content for journalists. But when your target audience has made their living out of impeccable grammar, writing style and headline prowess, there are a few ‘don’ts’ that will take your story from press release to press delete…