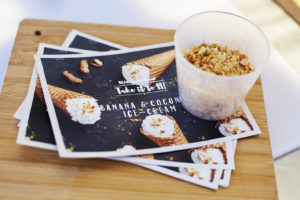 Every year the approach of Christmas sees the successful recipe for press releases begin to take on a different flavour.

One of the themes that will always have special appeal as the season of goodwill grows closer are human interest stories and instances of commerce and charitable causes joining up to amplify their messages.

In the lead-up to Christmas one of our favourite instances of this kind of combined message amplification was between KitchenAid and Australia’s “first perishable food rescue organisation” Oz Harvest.

Their combined message, backed by research, ticked the box because it was about a problem everyone can identify with –having too much leftover food at Christmas time that ends up being chucked in the bin.

Turning a media release into an event 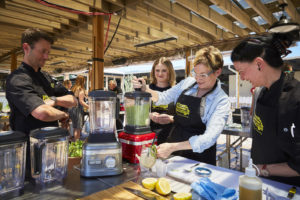 What made this collaboration different was the bright idea to hold a hands-on masterclass to inspire people to get creative with their Christmas leftovers using a purpose-built set of ready-to-eat recipes.

Medianet went along to the event – held at Sydney’s Camperdown Commons and came away with all the know-how we needed to turn a selection of leftovers into a stupendous pesto!

Making your own recipe

Building your release into both a media event and a community event that brings people together – in the way that KitchenAid and OzHarvest did – isn’t always possible.

But here are some other possible ingredients to either capture the upbeat spirit of Christmas in December, or for planning ahead for releases timed for the ‘quiet news window’ of the summer holiday break in the New Year: