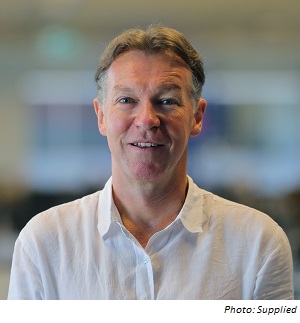 James joined Australian Associated Press in 1999 after several years working as a journalist for newspapers in the NSW Hunter Valley and a stint freelance writing in London. He helped establish AAP’s digital operations during the early 2000s before becoming Sydney bureau deputy editor and later moving into roles in news production and features. James was also part of a three-year project to improve AAP’s editorial, news, data and content delivery systems.

You recently switched from an AAP news editor to working for AAP FactCheck. How different is it?

AAP FactCheck is like nothing I have ever done in over 30 years as a journalist. It is fast paced, multifaceted, highly nuanced, challenging and very rewarding. We FactCheck statements made by public figures about issues that are in the public interest. It requires a deep dive into a topic to determine if the author of the statement is being truthful. It’s a highly structured and transparent process in that each paragraph in a FactCheck carries a reference linking back to the source of that information. It allows AAP’s FactChecks to be, in turn, fact checked.

How do you do a FactCheck?

AAP FactCheck examines contentious statements (quotes) published in the Australian media by public figures. Our team then identifies the verifiable elements of each contested claim and discusses the most relevant, trusted sources to draw on. From there we set about verifying the facts of the statement. This might include contacting the public figure who made the statement and asking them for the source of their claim as well as turning to government reports, freedom of information documents, published reports, studies and research papers as well as data and policy and media statements to establish the truth.

What are some of the most inaccurate claims you’ve checked?

Has working at FactCheck allowed you to flex different journalistic muscles?

When you ‘re working for FactCheck, you’re being a journalist, researcher and information and data collector and investigator to dissect and analyse a statement as to whether it’s true or false or somewhere in between. AAP FactCheck is public interest journalism or in the words of  English novelist and journalist George Orwell who once said journalism was: “Printing what someone else does not want printed; everything else is public relations.”

Do you ever use media releases as part of your FactChecks?

Yes, on many occasions during the NSW and federal election campaigns we were combing through media releases from political parties, politicians and lobby groups to determine what had been said and promised. Political party policy announcements were particularly useful.