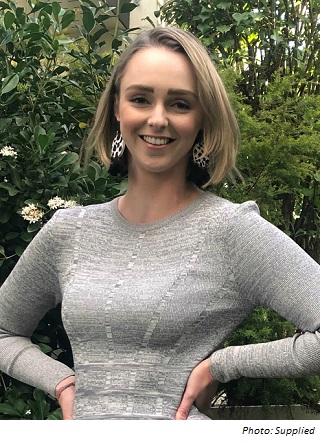 Isobel Roe is a reporter with the ABC’s flagship radio current affairs programs, AM, PM and The World Today, based in Sydney. Her background is in news, with more than five years experience as a radio and television reporter and producer in Queensland. She has a Bachelor of Journalism (Distinction) from the Queensland University of Technology, gives guest lectures in navigating entry to the industry and has an interest in mentoring young women in journalism. Isobel tweets at @isobelroe.

As a journalist who has spent most of your time in Queensland, what have you done to get yourself up to speed with the Sydney scene?
Starting afresh in a new state is tricky. Luckily my job with the ABC’s audio current affairs programs is quite nationally focused so having knowledge from another state actually helps. When I move I like to familiarise myself with local issues by reading local papers and contact the people involved. Also I made note of the sort of interest groups I spoke to often in Queensland and looked for their counterparts in NSW.

In 2016, you won a Queensland Clarion award for your coverage of the firefighting foam contamination scandal at Oakey. What resources helped you in covering this story?
Covering that story required a lot of persistence and establishing trusted relationships with the affected locals in Oakey. I went to public meetings and did a lot of online research of old reports relating to the foam issue. I also maintained relationships with doctors, lawyers and toxins experts who fed me updates from overseas relating to the chemicals in the foam.

In your opinion, what makes a good press release?
A good press release is targeted to the journalists who are actually likely to run it. Spamming ABC journalists with press releases about commercial products is a waste of your time as a public relations professional. I will read a press release if it’s topical that day, engaging and concise. But more importantly – only if it’s something the ABC’s radio current affairs shows would be interested in.

What aspects of working in radio do you enjoy the most?
I love the creativity that’s encouraged in radio current affairs. The best stories are rich in audio and really take you to a location. I enjoy taking what could be a rather dry story and coming up with a way to make it more engaging by speaking to ‘real people’ and weaving in relevant natural sound. I also love the immediacy of radio.

What types of stories are you most interested in covering and why?
The best part of my current job is getting time to explain to our audiences why something in the news is happening. I enjoy analysis of the news of the day from people who know a lot about it. If I had to pick a genre of story I’m personally interested in, it would be politics and environmental issues… from coal to toxic foam to recycling and everything in between.