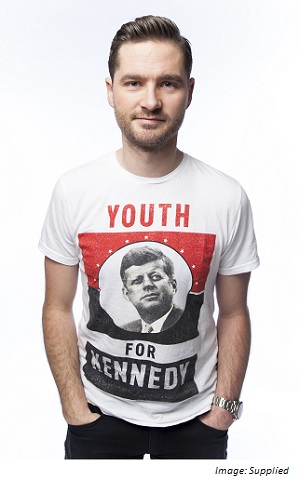 What inspires you to work in media?
Media is like a railroad. It has many different purposes. You can use it to ship freight, you can use it to take a scenic route, you can use it to move people and you can use it to go to new places and learn new things. It all depends on what you do with it. I grew up admiring those who used the enormous privilege of broadcasting to make people laugh and challenge what they think they know. I loved Monty Python, The Twilight Zone, Walter Cronkite, Clive James and David Letterman because they used the medium of Television to undermine accepted power structures and expose them for the flawed institutions that they are. That’s what I try to do every day when I go to work. One day I might actually achieve it!