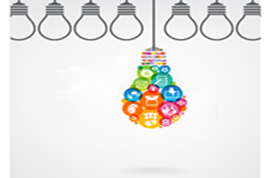 Multiple studies conducted by PR Newswire and AAP Medianet have shown that press releases which include multimedia assets are significantly more visible and achieve more views than text-only releases.

A PRN study has shown that providing journalists with instant access to multimedia assets alongside your release not only increases your chance of pick up but increases the visibility of your release by up to 9.7 times.

The study detailed that by adding an image to a text-only press release increases your visibility by 1.8 times, adding a video delivers 4.3 times more views and by including both, your release can be up to 7.4 times more visible than plain text. Most impressive was the 9.7 times more visible Multimedia News Release (MNR) which typically includes broadcast quality videos, hi-res images, audio clips, related documents and more all on a single web page.

A study of Australian journalists conducted by AAP Medianet revealed that 70% of journalists now use images when producing their content, driven mainly by the shift to digital and the requirements of many news publications to include an image or video with each story they file.

And it’s not just the requirements on newsrooms that are driving the trend. The human brain can process an image 60,000 times faster than words so including an image can assist you with drawing a potential author to your news story just as much as a good headline or opening paragraph.

“I am not surprised by how effective images are when included with news releases,” said Sarah Higgins, General Manager of AAP Medianet. “Think about eBay, you barely stop to look at a listing if there isn’t a photograph of the item for sale. Press releases are no different.”

“Take the Federal Budget for instance. It is one of the fastest-paced news and press release days of the year. We saw press releases that included images getting up to 25 times more views than text-only stories because they stood out.”

“The volume of images attached to news releases has increased by 94% year-on-year and we are seeing more company generated images and supplied stock imagery being used in online news”.